I sent this to the Lake County Record-Bee in hopes of it becoming a regular feature called The Brew Note.

Making Your Own Beer for Fun not Profit

If you are tired of the same-old same-old beer, you know what I mean: beer whose only taste is “fizzy.” Then you are ready for craft beer. And, one of the best things about craft beer is you can make great tasting handcrafted beer yourself. And you will gather friends to help you drink your beer.

Here are some reasons to brew your own beer:

What does it take to get started brewing beer? That’s for next time. For now, “Relax,” as the Godfather of homebrewing, Charlie Papazian advises, “don’t worry, have a homebrew” (or a store-bought craft beer if there’s no homebrew around). 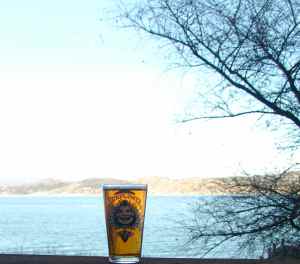 Are you in Lake County and want to learn how to make your own beer? We can help.

Our next scheduled Lake County Homebrew Club (visit our Facebook page here) meeting is set for Monday June 18th, 2012 at 6 PM at at Guido’s Pizza in Kelseyville.

We do not have an agenda, but I would bet we will be talking about the Lake County Home Wine Makers Festival, which will take place in Lakeport, CA on June 23rd from 1:00-5:00 pm.

In the past we have poured samples of our homebrew at this event. This year, sadly, we will not be pouring samples. While the California Dept. of Alcoholic Beverage Control (ABC) may issue a special daily license to a group conducting a picnic, social, or similar gathering, the local ABC officials interpret this as applying only to commercially made beer and wine.

According to the American Homebrewers Association page on statutes:

California represents one of the most comprehensive state statutes. §23356.2 also provides for the removal of beer manufactured in the home for use in competitions, tastings, or judgings.

It seems ABC interprets these tastings to be between others who are also homebrewers. And, they can, without a warrant, confiscate brewing equipment.

Live in Lake County, Calif and make or want to learn how to make your own beer? Join us.

Our next scheduled Lake County Homebrew Club (visit our Facebook page here) meeting is set for Monday May 21, 2012 at 6 PM at at Guido’s Pizza in Kelseyville.

Among other things, we will talk about the Big Brew we had on May 5, the upcoming Lake County Winemakers Fest, taste and evaluate each others beers, and we will be tasting spices, fruits, and whatever we might want to try to steep in beers using French presses.

Bring a glass (wineglasses work well) for tasting, and (if you are a homebrewer) bring some of your homebrew to share.

Live in Lake County and want to learn how to make your own beer? We can help.

Our next scheduled Lake County Homebrew Club (visit our Facebook page here) meeting is set for Monday April 23rd, 2012 at 6 PM at at Guido’s Pizza in Kelseyville. For the Big Brew on National Homebrew Day (Saturday, May 5, 2012) the tentative plan is to brew a New Holland Dragon’s Milk clone and hopefully procure a 55-60 gallon bourbon barrel to age it in although this is not set in stone.  Leave a comment if you have other ideas.

And, leave a comment if you are  interested in brewing at Big Brew Day, and whether you want to brew 5 or 10 gallons.  We may have extra equipment for mashing.

Anyone out there with a 55-60 gallon bourbon barrel that will loan it (for 6 months) or sell it for a song? Let me know in the comments.
Cheers! 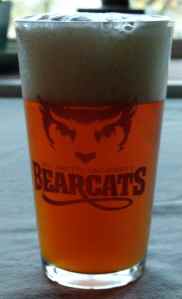 Want to make your own? We can help.

The next meeting of the Lake County Homebrew Club is scheduled for Monday March 26, 2012 at 6 PM at Guido’s Pizza in Kelseyville.  Don’t forget to bring ideas for a club project, a glass and, if possible, some homebrew to share.