Have things gotten out of hand in the world of craft beer? Did another brewery 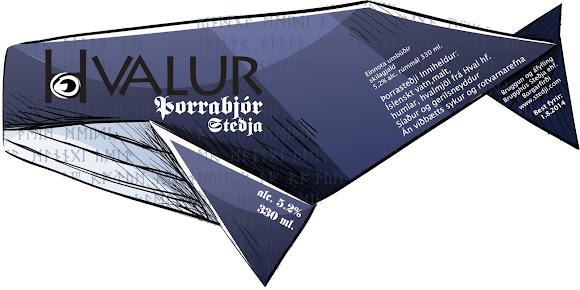 jump the shark, or was the shark just moved farther out? When did just making good beer stop being the goal and evolve to carnival act? Apparently, to even be noticed, you have to create something that’s never been done before (or in the case of Dogfish Head brewing, brew a beer that hasn’t been brewed for hundreds of years). Scottish brewers James Watt and Martin Dickie of Brew Dog have become notorious for making outrageous beers, with such beers as Sink The Bismarck! (41% ABV), a quadruple IPA. Wynkoop has brewed a stout ale with rocky mountain oysters.

Now, an Icelandic microbrewery, Steðji (Anvil) has jumped a whale and brewed a whale of a seasonal beer(5.2% alc ABV) with real whale in it. They say it will make you feel like a viking and it will be available for Iceland’s mid-winter festival.

An environmental group, Whale and Dolphin Conservation, is having none of it. Vanessa Williams-Grey of WDC says, “[R]educing a beautiful, sentient whale to an ingredient on the side of a beer bottle is about as immoral and outrageous as it is possible to get.”

What will the next outrageous beer be?